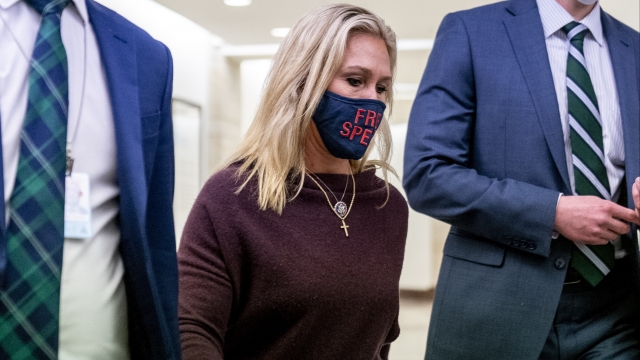 SMS
House Votes To Remove Rep. Greene From Committees
By Newsy Staff
By Newsy Staff
February 5, 2021
This sets a precedent in the House, allowing the majority to change the minority's assignments.
SHOW TRANSCRIPT

Those who voted to keep her on her committee assignments, a lot of the arguments they were making yesterday were about the fact that these controversial statements from Greene, came before she even started campaigning for Congress.

This sets a precedent in the House, allowing the majority to change the minority's assignments. One day, the Republicans will win and the shoe will be on the other foot. But Speaker Pelosi said she's not worried about the vote.

“No, not at all," Pelosi said. "if any of our members threaten the safety of other members we would be the first ones to take them off the committee."