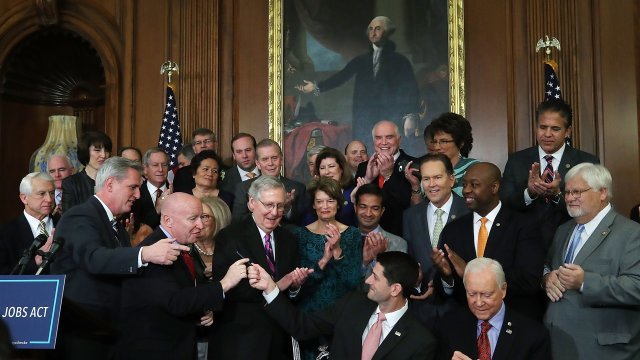 The House has voted to pass a stopgap spending bill to avoid a government shutdown. It voted 231-188 Thursday.

The bill would extend government funding until Jan. 19.

It passed despite disagreements among Republicans on what exactly the bill should be funding.

The stopgap bill is now headed to the Senate. If it doesn't pass by Friday, the government will run out of money.