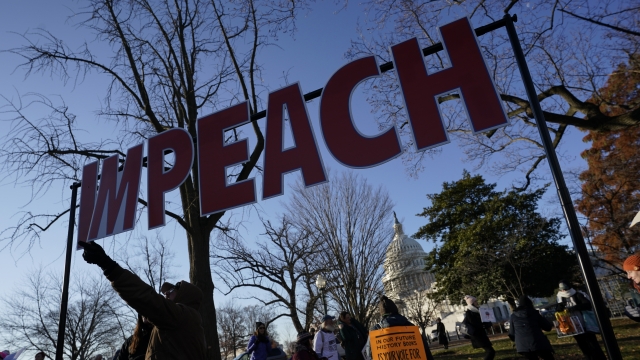 President Donald Trump just became the third president to be impeached by the United States House of Representatives.

Trump was impeached on both articles recommended by the House Judiciary Committee: Abuse of Power and Obstruction of Congress.

Both sides debated the articles for six hours, laying out not only their party's perspective on impeachment, but the personal decision they've come to.

Democratic leadership insisted to Newsy they did not push their members to vote in favor of either article, but still the majority of their caucus fell in line.

The president tweeted throughout the day, calling Democrats' actions "atrocious lies" and "an assault on America and an assault on the Republican party."

But this decision didn't happen overnight. House Speaker Nancy Pelosi, and many in her party, resisted impeachment after the Mueller probe, but they say they were forced to open an inquiry after the whistleblower filed his complaint over the President’s phone call with the Ukrainian leader.

The Speaker will now send the articles to the senate to begin conducting a formal trial. Senators will consider removing President Trump from office, making Mike Pence the President. But at this point, that’s still unlikely to happen. A trial is likely to begin some time in January.