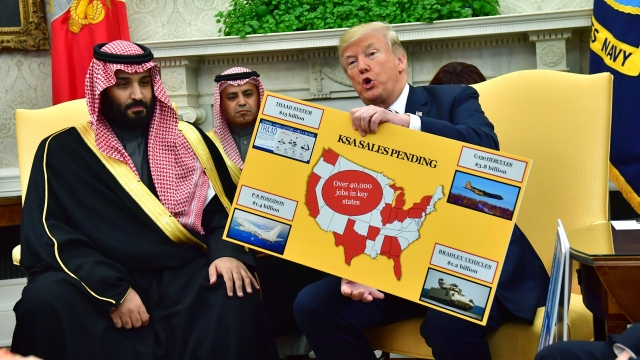 On Wednesday, the House voted to block the sale of billions of dollars of arms to Saudi Arabia and the United Arab Emirates. President Donald Trump is expected to veto the measures.

The Trump administration issued an emergency declaration in May to sell arms worth $8.1 billion to Saudi Arabia, the United Arab Emirates and Jordan without congressional approval. Lawmakers from both sides have criticized the plan saying there is no emergency. They've been blocking the sales because they believe it will lead to more civilian casualties in the war in Yemen.

The White House argues Iran poses a threat to Saudi Arabia and the United Arab Emirates. The administration wants the 22 arms sales because of what it believes are "heightened" threats from Iran.

If President Trump vetoes the measures, this will be his third veto during his presidency. The president has previously vetoed a resolution to end U.S. military support to the war in Yemen.