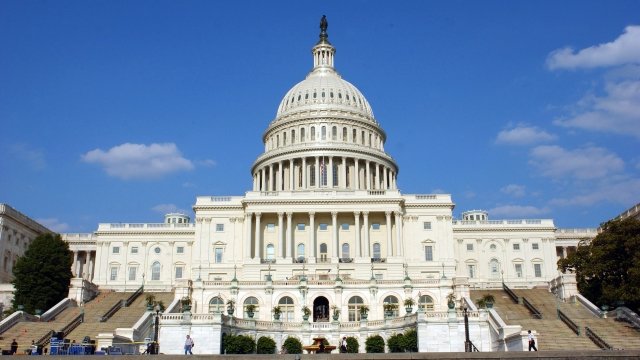 SMS
House Overwhelmingly Votes Against GOP Compromise Immigration Bill
By Briana Koeneman
By Briana Koeneman
June 27, 2018
The measure was shot down Wednesday in a 121-301 vote. The legislation needed 218 votes to pass.
SHOW TRANSCRIPT

The House has rejected the GOP's compromise immigration bill.

No Democrats voted in favor of the bill, and more than 100 Republicans voted against it.

The bill was a compromise Republicans negotiated within their own party. As Newsy previously reported, it would have created a path to citizenship for Dreamers. It also would've set aside $25 billion for a southern border wall and other security measures.