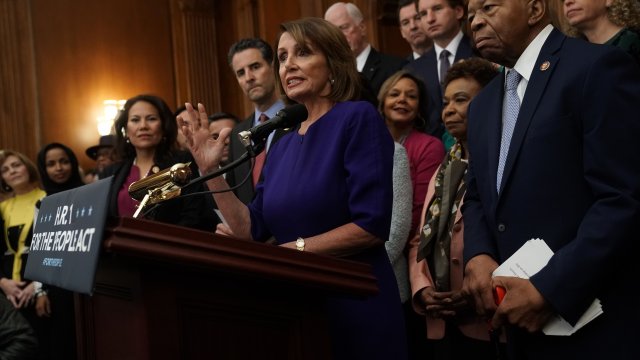 House Democrats are moving forward with their plans to defend the Affordable Care Act in court.

Lawmakers in the lower chamber are scheduled to vote Wednesday on a resolution that would give House lawyers the authorization to intervene in an ongoing lawsuit against the health care law.

The move comes after a federal judge in Texas agreed with a group of conservative state attorneys general last month that the ACA is invalid because Congress essentially got rid of the individual mandate penalty as part of its 2017 tax reform bill by reducing it to zero dollars.

The judge ruled that the individual mandate is "essential to and inseverable from the remainder of the ACA." Though he stayed his ruling while an appeal brought by Democratic attorneys general plays out.

Multiple outlets report Wednesday's vote in the House is more about forcing Republicans to go on the record as either in support of or against defending ACA's protections for people with pre-existing conditions than anything else.

House Democrats technically already granted themselves the authority to intervene in the lawsuit as part of a rules package it adopted at the start of the 116th Congress.

And they filed a motion last week asking the court to allow the House counsel to intervene and "defend the validity of the ACA."