House To Vote On Holding Barr, Ross In Contempt Over Census 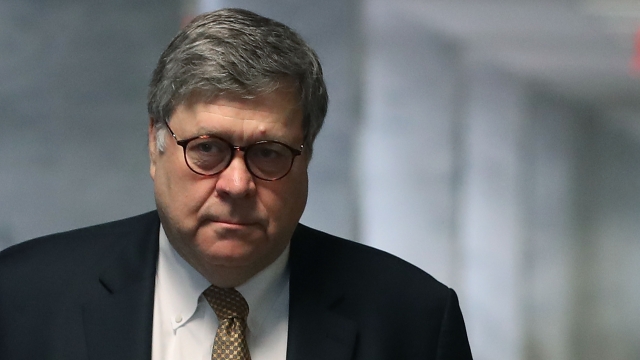 SMS
House To Vote On Holding Barr, Ross In Contempt Over Census
By Ahmed Jawadi
By Ahmed Jawadi
July 11, 2019
The AG and secretary of commerce did not comply with congressional subpoenas related to the 2020 Census.
SHOW TRANSCRIPT

The House will vote next week on whether to hold Attorney General William Barr and Commerce Secretary Wilbur Ross in criminal contempt of Congress.

Speaker of the House Nancy Pelosi made the announcement Thursday, saying the vote was prompted by the two failing to comply with congressional subpoenas related to the 2020 census. House Majority Leader Steny Hoyer later tweeted that the vote would take place Tuesday.

The House oversight committee voted last month to hold Barr and Ross in contempt for not turning over certain documents that could shed light on why the Trump administration wants to add a citizenship question to the census. The Justice Department rebuffed the committee's request, saying those documents were protected by various confidentiality privileges.

The Supreme Court ruled in late June that the Trump administration cannot add a citizenship question to the 2020 census unless it gives a valid reason that the question is needed. The DOJ argues the question would help it enforce the Voting Rights Act of 1965. But critics worry it would scare immigrants away from filling it out, leading to inaccurate population counts. And despite the Trump administration continued push for the question's inclusion, the Census Bureau has already begun printing the 2020 census forms without it.