House To Vote On Contempt For Former Trump Advisors 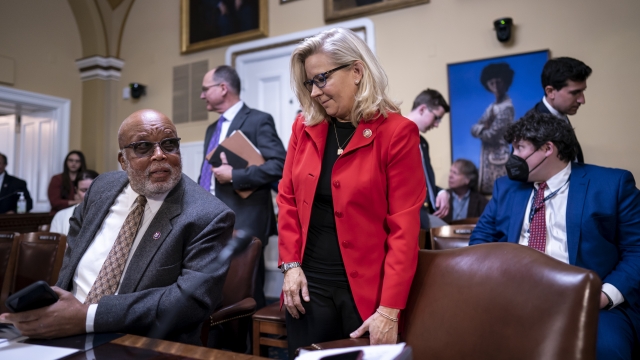 The House will vote Wednesday on whether to hold former Trump advisers Peter Navarro and Dan Scavino in contempt of Congress after their monthslong refusal to comply with subpoenas from the House committee investigating the Jan. 6 attack on the U.S. Capitol.

If approved as expected, the criminal referrals will be sent to the Justice Department, which would decide whether to prosecute.

Navarro, 72, a former White House trade adviser, was subpoenaed in early February over his promotion of false claims of voter fraud in the 2020 election that the committee believes contributed to the attack.

Scavino, a communications aide, was with Trump the day of the attack on the Capitol and may have “materials relevant to his videotaping and tweeting” messages that day, the committee said.

While the contempt efforts may not yield any new information for the committee — any prosecutions could drag for months or years — they are an effort by the nine-member panel to signal that witnesses will suffer consequences if they don’t cooperate or at least appear for questioning. The panel has already been remarkably effective at gaining testimony, conducting more than 800 witnesses in the nine months since it was created.

This will be the third time the panel has sent contempt charges to the House floor. The first two referrals, sent late last year, were for former White House chief of staff Mark Meadows and former Trump ally Steve Bannon.

Navarro cited executive privilege when declining to testify, saying the committee “should negotiate this matter with President Trump.” He added, “If he waived the privilege, I will be happy to comply.” 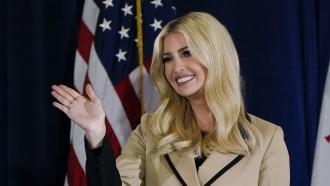 But the Biden administration has already waived executive privilege for Navarro, Scavino and former national security adviser Michael Flynn, saying it was not justified or in the national interest for them to withhold their testimony.

Executive privilege was developed to protect a president's ability to obtain candid counsel from his advisers without fear of immediate public disclosure, but it has limits. Courts have traditionally left questions of whether to invoke executive privilege up to the current White House occupant. The Supreme Court earlier this year rejected a bid by Trump to withhold documents from the committee.

In its subpoena for Scavino last fall, the committee cited reports that he was with Trump the day before the attack, during a discussion about how to persuade members of Congress not to certify the election for President Joe Biden.

A lawyer for Scavino did not return multiple messages from the AP seeking comment.

The contempt referral against Bannon resulted in an indictment, with a trial set to start in July. The Justice Department has been slower to decide whether to prosecute Meadows, much to the frustration of the committee.

"It's the committee's hope that they will present it to a grand jury," Rep. Bennie Thompson, the committee's chairman, told reporters Tuesday. "Obviously, the Meadows case is still outstanding. We don't really know where that is, other than we've done our work."

He added, "The firewall goes up from our standpoint, and DOJ uses its systems to take it from there."

Lawmakers are interviewing dozens of individuals a week as they inch closer to public hearings in late spring. In the last week alone, the committee interviewed Trump's daughter Ivanka Trump and her husband, Jared Kushner. Both were key White House advisers who had substantial access to the former president.

Thompson suggested more witnesses could still be held in contempt in the weeks ahead even as the committee looks to wrap up the investigative portion of their work in the next two months.

"The question here — is there someone who just patently ignored the subpoena for the committee and will we then determine is worthy of going forward, or have we gotten other information that negates the necessity to," he said.

One person the committee has not yet approached for testimony is former Vice President Mike Pence. And Thompson said lawmakers may not need to speak directly to him.

Aides close to Pence have already testified to the panel, including Marc Short, who was at the Capitol on Jan. 6 and accompanied Pence as he fled his post presiding over the Senate.

Trump publicly and privately pressured Pence to reject President Biden's 2020 election win as part of his ceremonial role overseeing the electoral count, but Pence rebuffed him, noting he had no such power to change the outcome. Rioters who stormed the Capitol were incensed by Pence's decision and called for his hanging as they breached the building.