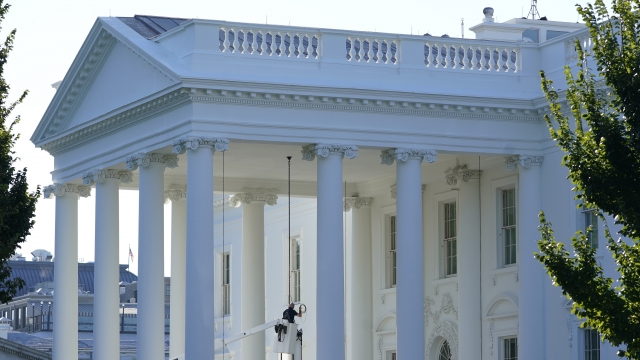 House Democrats said Friday they planned to take action next week to suspend the cap on the government's borrowing authority, and the White House ratcheted up pressure on Republicans by warning state and local governments that severe cuts lie ahead if the measure fails in the Senate.

Disaster relief, Medicaid, infrastructure grants, school money and other programs face drastic cuts if the debt limit stays in place, the White House warned in a fact sheet to local governments aimed at putting pressure on Senate Republican Leader Mitch McConnell, who has vowed to block an increase.

Democrats in the House are plowing forward despite the uncertainty. House Majority Leader Steny Hoyer of Maryland sent a letter Friday to colleagues saying the chamber would move to suspend the debt limit, instead of raising it. He did not specify whether the action would be tied to a resolution to keep the government operating after the fiscal year ends this month.

The Treasury Department has engaged in extraordinary measures to keep the government running after the suspended debt limit was reinstated in August at a level of $22 trillion, about $6 trillion less than the current total debt load. Treasury's extraordinary measures will be exhausted by October, creating the potential for default.

The debt limit is the amount of money Congress allows the Treasury to borrow. It was suspended three times during the Trump administration and has been lifted dozens of times since 1960. Created at the start of World War I so Congress would no longer need to approve each bond issuance, the debt limit has evolved into a political weapon as borrowing has sharply escalated over the past two decades.

McConnell has said he will not sanction further increases and that the Democrats have the ability to go it alone.

"With a Democratic President, a Democratic House, and a Democratic Senate, Democrats have every tool they need to raise the debt limit," the Kentucky senator tweeted on Wednesday. "It is their sole responsibility. Republicans will not facilitate another reckless, partisan taxing and spending spree."

President Joe Biden has countered that Republicans are to blame for the rising deficit and that his plans for child care, schooling, health care, infrastructure and adapting to climate change will be fully paid for in the long term.

"Let me remind you, these are the same folks who just four years ago passed the Trump tax cut," President Biden said in Thursday remarks at the White House. "It just ballooned the federal deficit."

With the total debt standing at $28.4 trillion, the government would be forced to cut deeply into programs unless the restrictions on borrowing are lifted or suspended. The risk of a recession and turmoil in the financial market would make it harder for states and cities to borrow, while also playing havoc with public pension investments.

The U.S. Conference of Mayors on Friday called for a debt ceiling increase, embracing President Biden's stance that the issue should be bipartisan.

"Both parties in Washington have added to our debt, and both parties have an obligation to make sure the United States can continue to pay its bills," said Nan Whaley, the Democratic mayor of Dayton, Ohio, and president of the conference. "This is one of the most basic responsibilities of Congress, and there is no good reason for lawmakers to create a crisis that undermines the full faith and credit of the United States."

The President Biden administration's fact sheet makes the case that the pain would be spread among the states because many programs rely on federal dollars. The government's ability to respond to natural disasters such as hurricanes, earthquakes or wildfires would be curtailed.

States would face severe Medicaid shortfalls because the federal government covers two-thirds of the costs. About 20% of Americans get their health insurance through Medicaid and the Children's Health Insurance Program.

Roughly $100 billion in infrastructure grants for highways, airports and public transit would be jeopardized. The more than $50 billion for special education, school districts serving poorer students and other programs would also be threatened, as would $30 billion in food assistance and $10 billion for public health.