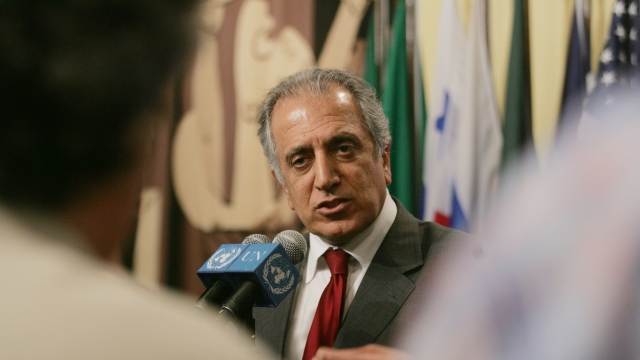 Committee Chairman Rep. Eliot Engel has requested that Zalmay Khalilzad testify on Sept. 19. Engel said he took that step after the Department of Defense "ignored numerous requests for briefings by Khalilzad about the Afghanistan peace plan and the Administration's path forward in that country."

In a statement, Engel said, "More than 2,000 American troops have died in Afghanistan, and I'm fed up with this Administration keeping Congress and the American people in the dark on the peace process and how we're going to bring this long war to close. For months, we haven't been able to get answers on the Afghanistan peace plan, and now the President is saying the plan is dead. We need to hear directly from the Administration's point person on Afghanistan to understand how this process went off the rails."

Over the weekend, President Donald Trump revealed in a tweet that he'd canceled a planned meeting with Afghan and Taliban leaders, and that a proposed peace treaty between the U.S. and the Taliban would be called off. Khalilzad was the U.S.' top negotiator for Afghanistan.

Engel said the State Department had also previously "refused" to make Khalilzad available to his committee, "despite Congress's constitutional responsibilities, the Committee's authority to oversee foreign policy," and the fact that Khalilzad appeared before the Senate Foreign Relations Committee in May.