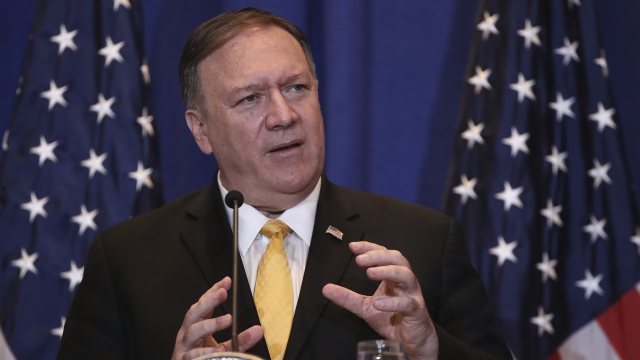 Three House committees have subpoenaed Secretary of State Mike Pompeo after he refused to turn over documents related to the president and Ukraine.

A previous letter gave the State Department until Thursday to reply to the committee's request. Now, Pompeo has to turn over the documents by Oct. 4.

The documents the committees requested have to do with President Donald Trump's July 25 phone conversation with Ukrainian President Volodymyr Zelenskyy. According to the memo of that call, President Trump asked Zelenskyy to investigate Joe Biden and his son.

The chairmen previously sent Pompeo a letter on Monday warning they'd "have no choice but to move towards compulsory process this week unless the Department produces the documents we have requested."

A separate letter the chairmen sent to Pompeo on Friday lists the scheduled depositions of five State Department officials over the next two weeks. Four of the five were mentioned in the whistleblower complaint about the president.