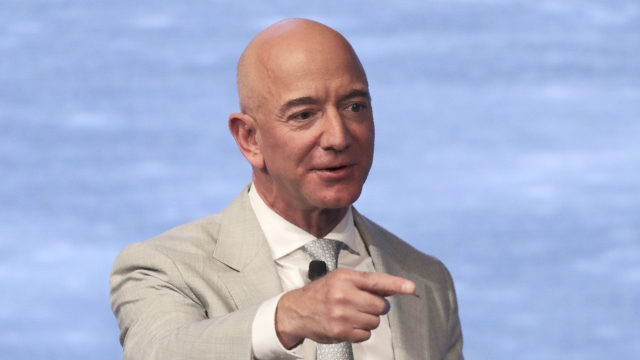 Out of America’s big four tech companies, Amazon CEO Jeff Bezos is the only boss who hasn’t testified in Congress. But that could change within the next couple months.

“We’re in the midst of making some preparations hopefully to approve some rules that will allow us to do some work online, some virtual hearings,” said U.S. Rep. David Cicilline, who serves as chairman of the House Antitrust Subcommittee.

Congressman Cicilline and six other members of the House Antitrust Subcommittee want Bezos to testify soon, ideally this spring. The request follows the subcommittee’s monthslong investigation into the digital marketplace and a recent report that Amazon used data from third-party sellers to boost its own products. It’s not the first antitrust allegation thrown at Amazon. In fact, the company is already under investigation in the European Union for the same thing. Congressman Cicilline says this investigation is more important now than it’s ever been.

“One of the things I worry about in a post-COVID-19 America is there will be tremendous additional market consolidation in a variety of sectors as investors are looking around at opportunities to gobble up smaller companies,” Cicilline said.

The global antitrust scrutiny leaves questions about the future of Amazon and the rest of Big Tech at a time where consumers have already grown more reliant on online shopping.

“The value of e-commerce has increased tenfold over the past two or three years,” said Mark Jamison, who studies the intersection between technology and the economy at AEI.

And as small businesses continue to struggle keeping employees on the payroll, the power imbalance between them and big corporations is left hanging.