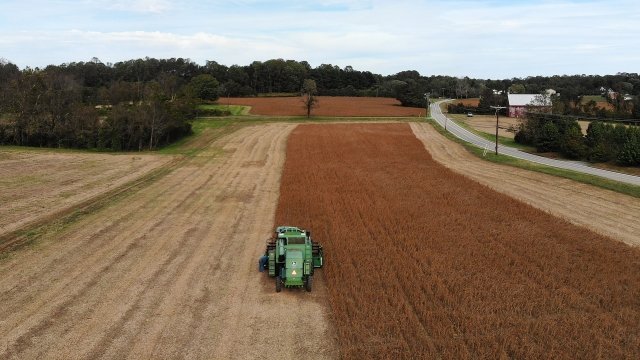 By Cristina Mutchler
December 12, 2018
The House's passage of the compromise farm bill marks an end to months of negotiations.
SHOW TRANSCRIPT

The passage marks an end to months of negotiations over certain points that the House and Senate disagreed on.

One of those includes the Supplemental Nutrition Assistance Program, or SNAP. Though some House Republicans wanted to impose stricter work requirements on food stamp recipients, the final version of the $867 billion bill doesn't change those benefits significantly.

The farm bill is a major piece of legislation that Congress aims to pass every five years. It sets rules for things like agriculture, nutrition, conservation and forestry policies.

The passed version incorporates a provision to legalize hemp production, which is considered a win for the CBD oil industry. Other items include more funding for farmers markets, organic farm programs and animal disease prevention.

In November, the House and Senate agriculture committees announced they'd come to an agreement on the bill. The compromise measure easily passed the Senate on Tuesday.

President Trump has until the end of the month to sign the bill into law, which he's expected to do.