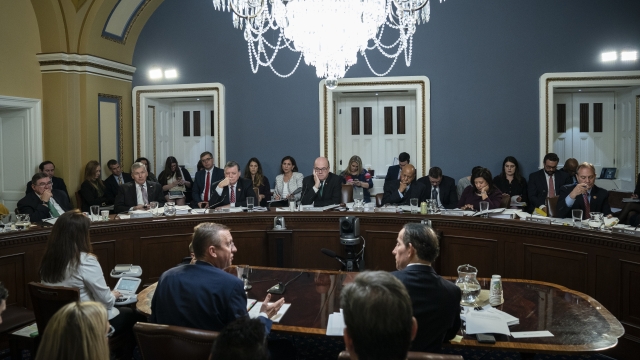 The House Rules Committee met Tuesday to spell out the guidelines for the next steps in the impeachment process.

Happenings in the 13-member committee are typically an overlooked step in the legislative process. But during Tuesday's meeting, lawmakers spent all afternoon rehashing many of the arguments made in previous impeachment hearings.

"This is not the result of a fair process and certainly not a bipartisan. Sadly, the Democrats' impeachment inquiry has been flawed and partisan from day one," Rep. Tom Cole said.

"And this is what was happening: The clock was running out, so they found a phone call they didn't like. They didn't like this administration, they didn't like what the president did. They tried to make up claims of it. There was pressure and all these other things they've so outlined in the report, but at the end of the day, it's simply last-minute Christmas shopping. They ran and found something and said, 'We can do it!'" Collins said.

"The president's continuing course of conduct constitutes a clear and present danger to democracy in America. We cannot allow this misconduct to pass. It would be a sellout of our Constitution, our foreign policy, our national security and our democracy," Rep. Jamie Raskin said.

After nearly seven hours of statements and questions, the committee turned its focus to the House floor debate around 8:30 p.m. ET. Republicans lobbied for 12 hours of debate on the House floor, but they were easily overruled by the Democrats. In all, the committee spent less than 30 minutes debating the floor rules. They decided lawmakers would not be allowed to introduce additional amendments, and the House would have a total of seven hours to debate the two articles of impeachment against President Donald Trump.