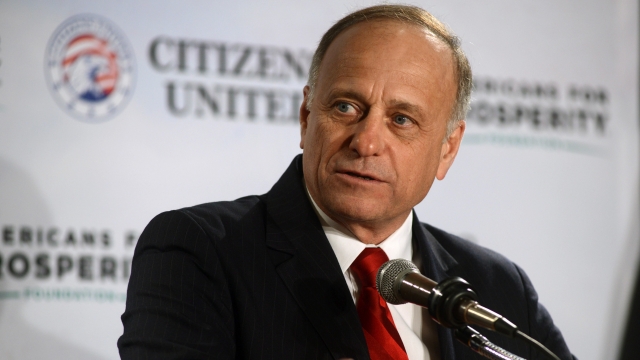 In that article, King made comments about white nationalism. He said, "White nationalist, white supremacist, Western civilization — how did that language become offensive?"

McCarthy said voters will decide the fate of King's future in the House but added, "we spoke loud and clear that we will not tolerate this in the Republican Party." Earlier in the day, Senate majority leader Mitch McConnell and Sen. Mitt Romney condemned King's actions.

This isn't the first time King has been accused of making "incendiary comments related to race and immigration," according to CNN.

King serves on the House Judiciary, Agriculture and Small Business committees and was elected in November to serve his ninth term.

King issued a statement responding to the Republican committee's vote saying, "Leader McCarthy's decision to remove me from committees is a political decision that ignores the truth."

The House will likely vote Tuesday on a resolution to disapprove of King's actions.