House Report: 18 Children Under 2 Separated From Families At Border 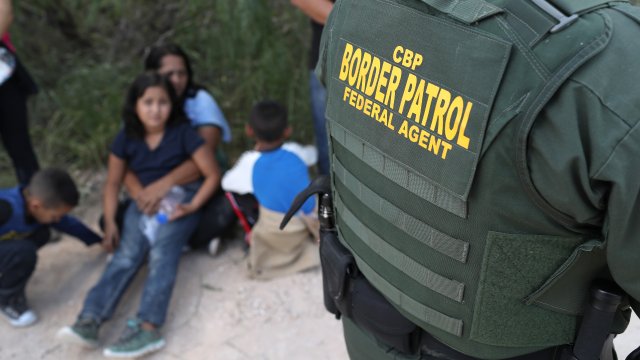 SMS
House Report: 18 Children Under 2 Separated From Families At Border
By Briana Koeneman
By Briana Koeneman
July 12, 2019
The report says at least 18 migrant infants and toddlers were taken away from their parents at the border for between 20 days and half a year.
SHOW TRANSCRIPT

More than a dozen migrant children under the age of 2 were separated from their parents at the border for up to six months — this according to a new report from the House Oversight Committee.

The staff report, which was released Friday, summarizes information the committee demanded from federal agencies regarding the Trump administration's family separation policy.

It says at least 18 migrant infants and toddlers were taken away from their parents at the border and kept away from them for between 20 days and half a year.

More than 200 children were kept in Border Patrol facilities longer than the 72 hours allowed by the law. And hundreds of kids were moved to multiple government facilities.

But the report admits the information obtained by the committee is "woefully inadequate." It says the data doesn't include anything about thousands of additional children who may have been separated from their families before the Trump administration announced its "zero tolerance" policy in April 2018. And it doesn't shed light on the kids who were reunited with their parents before June 2018, or the more than 700 additional children who have been separated from their families since that date.

The report was released the same day as the committee's hearing on family separations.