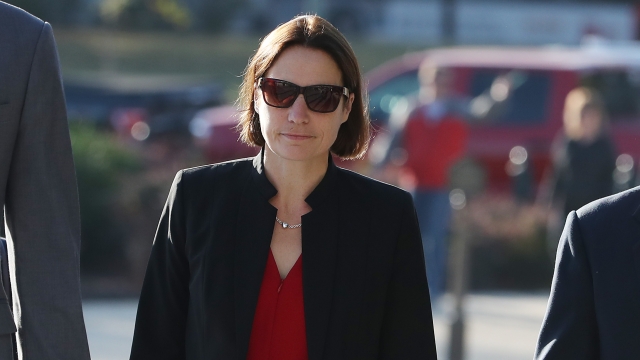 House investigators have released the transcripts of two national security officials' testimonies in the impeachment inquiry.

Vindman listened to the July 25 phone call between President Trump and Ukrainian President Volodymyr Zelenskyy, which is at the center of the impeachment investigation.

During his closed-door deposition, Vindman said "there was no doubt" about what President Trump was asking for during the phone call. He said the call involved a foreign government being asked to investigate a U.S. citizen in order to get a White House meeting.

He said he was concerned about the call and "immediately" went to the National Security Council's legal adviser, John Eisenberg, to report his concerns.

But according to Vindman, the idea of a Ukrainian investigation was brought up well before the July 25 phone call. He told lawmakers about a July 10 meeting between U.S. Ambassador to the European Union Gordan Sondland and Ukrainian officials. Vindman said the meeting was cut short by then-national security adviser John Bolton after Sondland "started to speak about Ukraine delivering specific investigations in order to secure the meeting" with President Trump.

He testified that Sondland told him the White House meeting on Ukraine investigating Joe Biden, his son and the 2016 elections was coordinated with White House Chief of Staff Mick Mulvaney.

Hill, during her closed-door testimony last month, said Bolton told her to notify the NSC's legal adviser about what was going on and to tell him that Bolton was "not part of whatever drug deal Sondland and Mulvaney are cooking up."

Both Vindman and Hill said they knew well before the July 25 phone call that Mulvaney had put military aid for Ukraine on hold. Vindman said he was told Mulvaney did that to "ensure that the assistance aligned with administration priorities."

So far, the House Intelligence Committee has released transcripts for eight of the 15 witnesses who have testified. Three witnesses are set to testify publicly next week.