House Pushes Vote On Compromise Immigration Bill To Next Week 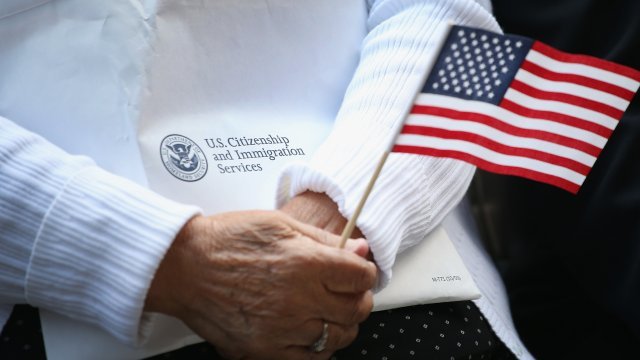 Immigration reform votes in the House of Representatives didn't play out as many expected on Thursday.

The chamber rejected the more conservative one, often referred to as the Goodlatte bill. It would have eliminated the diversity visa lottery system and provided funding for a southern border wall. It didn't offer DACA recipients a pathway to citizenship.

The House was also expected to vote on the GOP compromise immigration bill. But that vote was initially delayed till Friday, and later pushed back to next week.

A big difference between the two bills is how they deal with DACA recipients. The compromise bill would create a way for them to become permanent legal residents of the U.S.

Republican leaders said they delayed the vote to give members more time to review the legislation. But delaying a vote often means the bill doesn't have enough support to pass.