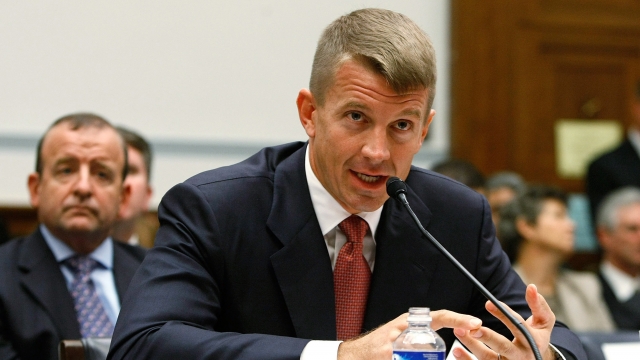 The House intelligence committee has criminally referred the founder of the private military contracting firm Blackwater to the Justice Department.

On Tuesday, the committee formally referred Erik Prince to the DOJ "for consideration of a potential criminal prosecution for false testimony that Prince provided to the Committee in 2017."

In early 2017, The Washington Post reported that Prince attended a secret meeting in Seychelles that aimed to create "a back-channel line of communication" between then-president-elect Donald Trump and Russian President Vladimir Putin. Later that year, Prince told the committee, among other things, that the meeting was unplanned and happened by chance. Special counsel Robert Mueller's office also interviewed Prince in its investigation into Russian interference during the 2016 election.

In a letter to Attorney General William Barr, intel committee Chairman Adam Schiff pointed to six discrepancies between Prince's testimonies to the committee and the special counsel's office, including Prince's statement that the Seychelles meeting was planned well in advance. Schiff says Prince's statements "impaired the Committee's understanding of Russia's attempts to contact and influence the incoming Trump Administration ... [and] hindered the Committee's ability to fully understand and examine foreign efforts to undermine our political process and national security."

Prince's lawyer said in a statement that his client's testimony to the committee was already public when the special counsel interviewed him and that he "cooperated completely with [Mueller’s] investigation," so "there is nothing new here for the Department of Justice to consider."