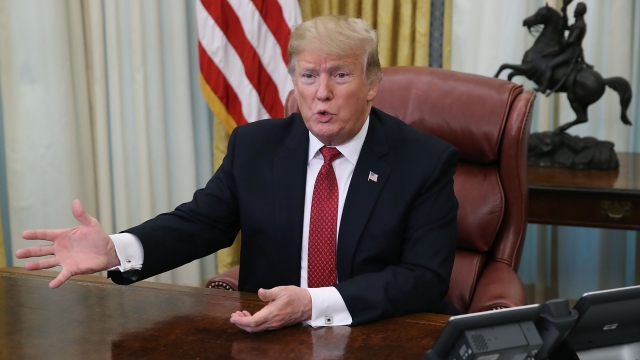 SMS
House Investigating Whether Trump-Linked Lawyers Obstructed Justice
By Ahmed Jawadi
By Ahmed Jawadi
May 14, 2019
They're looking into whether the lawyers "reviewed, shaped, and edited the false statement that Cohen submitted to the Committee."
SHOW TRANSCRIPT

The House Intelligence Committee is investigating whether attorneys tied to President Donald Trump and his family obstructed its investigation into Russian interference.

According to The New York Times, the committee requested documents back in March from four lawyers who are a part of "a joint defense agreement by the president's allies" to craft the Trump camp's responses to DOJ and congressional inquiries. The committee is looking into Michael Cohen's claims that those lawyers "reviewed, shaped, and edited the false statement that [he] submitted to the Committee."

Last year, Cohen pleaded guilty to lying to Congress about a project to build a Trump Tower in Russia. He was also convicted of campaign finance violations and financial crimes linked to hush money payments made on behalf of President Trump. He's currently serving a three-year prison sentence.

The lawyers never handed over the documents. In a statement made on their behalf on Tuesday, an attorney said the committee "appears to seek a truly needless dispute — this one with private attorneys — that would force them to violate privileges and ethical rules."

A senior committee official told The Times that Committee Chairman Adam Schiff was prepared to issue a subpoena if they don't cooperate.