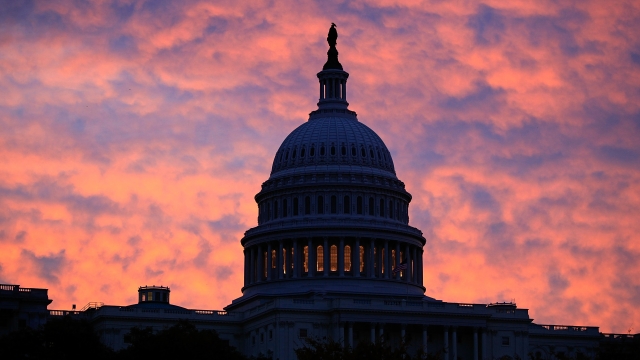 SMS
House Passes Resolution To Overturn Border Emergency Declaration
By Alec Larson
By Alec Larson
September 28, 2019
​In a 236-174 vote, lawmakers from the House moved forward with a measure that would block President Trump's emergency declaration at the border.
SHOW TRANSCRIPT

Lawmakers voted 236-174 on a measure that would overturn the declaration, which allowed for funds to be moved from military construction projects  to President Trump's proposed border wall between the U.S. and Mexico. The Senate previously passed the resolution in a 54-41 vote earlier this week.

Congress voted to move a similar resolution forward in February, but it was ultimately vetoed by President Trump in March. Lawmakers are allowed to force a new vote on the resolution every six months as long as the national emergency is ongoing.

She said, "The President's decision to cancel $3.6 billion for military construction to pay for his wasteful wall makes America less safe. The administration is stealing funds from 127 initiatives in 21 countries, 23 states and three territories. ... The administration's decision also dishonors the Constitution by negating its most fundamental principle, the separation of powers.  It's an assault on our power of the purse."

It is widely expected that President Trump will veto the resolution again when it reaches his desk. It's worth noting that if that occurs, Congress will likely fall short of the two-thirds majority needed to override a presidential veto.