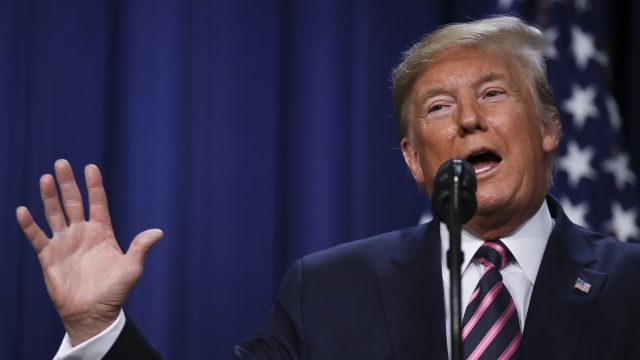 The House passed a revised version of President Donald Trump's U.S.-Mexico-Canada trade agreement Thursday. The Senate still has to pass the measure. Lawmakers will vote on the agreement in 2020.

The vote came just a day after the House voted to impeach the president, making him the third president to be impeached. Senate Majority Leader Mitch McConnell has already said the vote on the deal won't happen until after the Senate impeachment trial.

President Trump has long vowed to replace the North American Trade Agreement, also known as NAFTA. It took more than a year of negotiations between the Trump administration and House Democrats to get to this point. He has repeatedly criticized NAFTA, calling it "our country's worst trade deal."

The new agreement includes digital trade, stricter labor and environmental enforcement provisions and requires more car parts to be made in North America to avoid tariffs. It's expected to raise U.S. GDP by $68.2 billion, or 0.35%, and create 176,000 jobs by it's sixth year. That's according to the U.S. International Trade Commission.

The deal won't go into effect until it's ratified by all three countries.