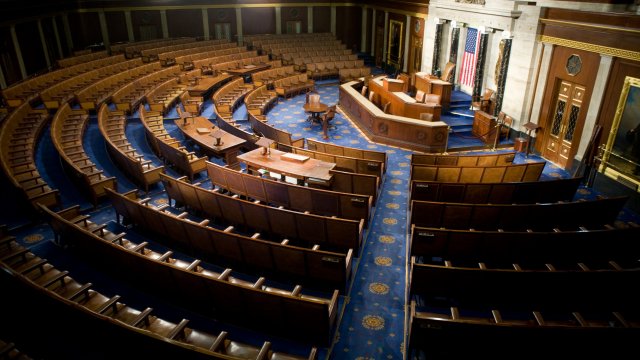 SMS
House Passes Bill To Extend Certain Protections To LGBTQ Community
By Alec Larson
By Alec Larson
May 17, 2019
​The act would extend civil rights protections to the LGBTQ community by banning some discrimination based on sexual orientation and gender identity.
SHOW TRANSCRIPT

On Friday, the House of Representatives passed legislation that would extend certain civil rights protections to the LGBTQ community.

The Equality Act would modify the Civil Rights Act of 1964 to ban discrimination based on sexual orientation and gender identity in a variety of public sectors, including housing, education, employment, and public obligations. It passed through the House in a 236-173 vote.

House Democrats have pushed for the bill as a way to protect LGBTQ people in the more than two dozen states that still allow them to be legally evicted, fired, or denied services based on gender identity and sexual orientation.

But Republicans criticized the measure in a spirited debate before the vote, alleging the bill would threaten freedom of religion, speech, and women's rights.

The bill is not expected to pass through the Republican-held Senate in its current form, which the White House has said it's opposed to.