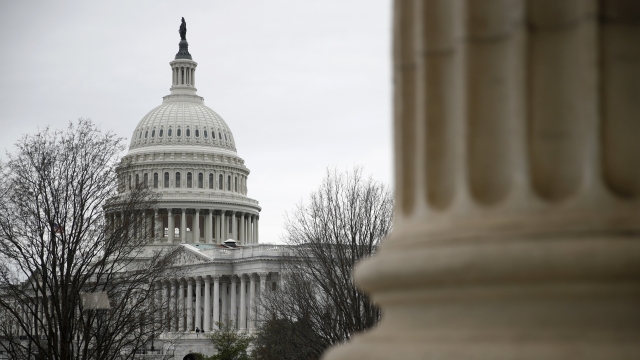 Lawmakers passed the bill, which would include paid sick leave, free coronavirus testing and expanded unemployment insurance, among other measures.

"One recorded as present, two-thirds being in the affirmative. The rules are suspended, the bill is passed and without objection the motion to reconsider is laid on the table."

The bill, which passed with 363 votes to 40, guarantees all workers will be paid for sick time or family leave.

"The three most important parts of this bill are testing, testing, testing. This legislation facilitates free coronavirus testing for everyone who needs a test, including the uninsured," House Speaker Nancy Pelosi said.

Coronavirus testing testing will be free if the measure passes in the Senate and is signed into law by President Donald Trump.

The president endorsed the bill on Twitter, saying, "I fully support H.R. 6201: Families First CoronaVirus Response Act ... I have directed the Secretary of the Treasury and the Secretary of Labor to issue regulations that will provide flexibility so that in no way will Small Businesses be hurt. I encourage all Republicans and Democrats to come together and VOTE YES!"

The Senate is expected to vote on the latest bill sometime next week.