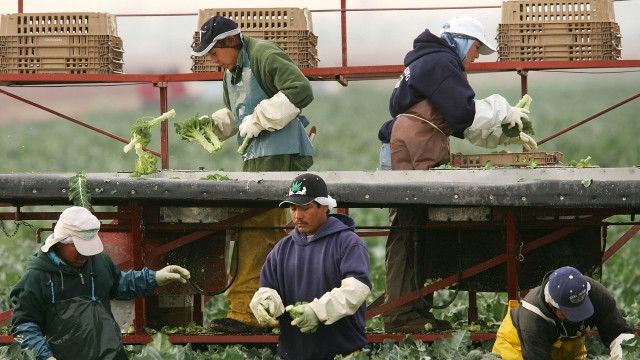 SMS
House Passes Citizenship Bill For Farmworkers
By Meg Hilling
By Meg Hilling
December 12, 2019
The House bill looks to meet the needs of employers and of those wanting to work in the industry in the U.S.
SHOW TRANSCRIPT

A bill granting legal status to thousands of undocumented farmworkers passed with bipartisan support in the U.S. House of Representatives Wednesday.

Initially introduced in November, the Farm Workforce Modernization Act looks to provide a pathway to citizenship for undocumented farmworkers and to reform the visa category.

The bill makes workers eligible to request five-year visas for them and their immediate family members, if they have worked at least 180 days in the industry within the last two years. These visas would be renewable and could lead to permanent resident status.

Politicians on both sides of the aisle say the bill would provide much needed help to employers, as well as to those looking for work in the industry.

According to a Pew Research Center study, as of 2016, undocumented immigrants make up about 15 percent of the agriculture industry workforce.

The bill now heads to the Senate.