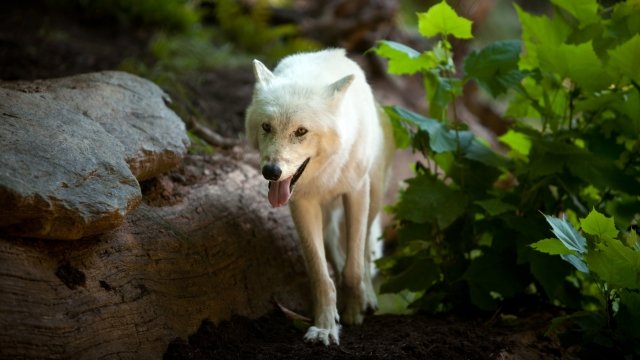 SMS
House Passes Bill To Undo Protection For Gray Wolves
By Ethan Weston
By Ethan Weston
November 17, 2018
The bill still needs to pass the Senate and be signed by the president to go into effect.
SHOW TRANSCRIPT

The U.S. House of Representatives passed a bill Friday that would remove protections for the gray wolf in the lower 48.

The Manage Our Wolves Act passed mainly along party lines. If it becomes law, it would undo endangered species protection for gray wolves and prevent legal review of the issue.

Proponents of the bill argue that wolves have recovered enough to be taken off the list. They also say states can do a better job managing the wolves while balancing the needs of farmers and ranchers. But opponents say the wolves still need protection and they worry the bill could help undermine the Endangered Species Act.

This isn't the first time the federal government has aimed to de-list the gray wolf. Most recently the Obama administration removed the wolves, but in 2014 a court overturned that decision.

According to the Bureau of Land Management, as of April 2017 there were under 6,000 gray wolves living in the lower 48. And the Center for Biological Diversity says the wolves occupy less than 10 percent of their historic range.