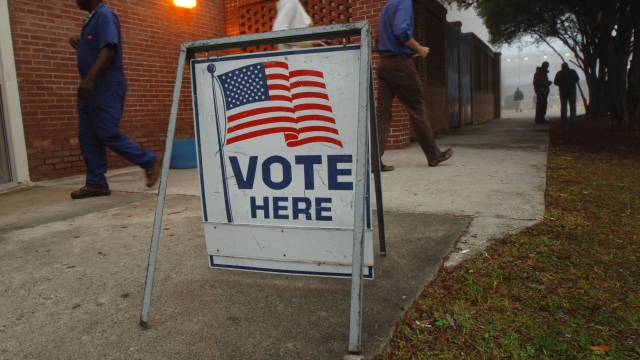 The House of Representatives has passed a bill aimed at restoring key parts of the Voting Rights Act.

The House approved the Voting Rights Advancement Act of 2019 on Friday, with a vote of 228-187. The bill would, among other things, require certain jurisdictions to get pre-clearance from the federal government "before changes to voting practices in these areas may take effect." The measure essentially reverses a 2013 Supreme Court ruling that rolled back the pre-clearance provision. Many argue that some states have engaged in voting suppression tactics in their elections since the high court's decision.

U.S. Rep. Terri Sewell, the bill's sponsor, praised its passage in a statement Friday. She said: "Voting is personal to me, not only because I represent America's Civil Rights District — but because it was on the streets of my hometown, Selma, Alabama, that foot soldiers shed their blood on the Edmund Pettus Bridge so that all Americans — regardless of race — could vote! I am so proud that, today, the House took critical steps ... to restore the Voting Rights Act of 1965 to its full strength."

The bill now heads to the Republican-controlled Senate, where it's expected to have a harder time passing. The White House said in a statement Tuesday if the bill were to make it to the president's desk, his advisers "would recommend that he veto it."