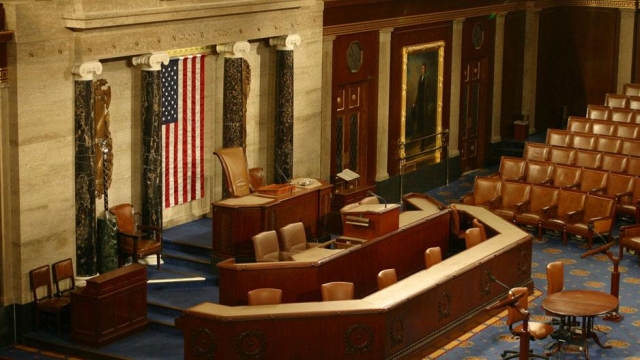 SMS
House Passes Bill Aimed At Preventing Trump From Withdrawing From NATO
By Katie Cammarata
By Katie Cammarata
January 23, 2019
The president reportedly tossed around the idea of withdrawing the U.S. from the organization several times in the past year.
SHOW TRANSCRIPT

The House has passed a bipartisan measure aimed at preventing President Donald Trump from withdrawing the U.S. from NATO.

The commander-in-chief has been critical of NATO in the past for disproportionate spending among members. NATO countries have all pledged to spend 2 percent of their GDP on defense, but less than a third have hit that mark. Trump has reportedly tossed around the idea of withdrawing the U.S. from the organization several times in the past year.

The bill passed the House 357-22. It reiterates that it's the U.S.' policy to remain a part of NATO and blocks the use of funds to withdraw the U.S. from the organization.

Earlier this month, a bipartisan group of senators introduced a similar bill that would prevent President Trump from unilaterally withdrawing from NATO. That bill would require the president to get two-thirds approval from the Senate to "suspend, terminate or withdraw the United States from the North Atlantic Treaty."

The House bill will now head to the Senate.