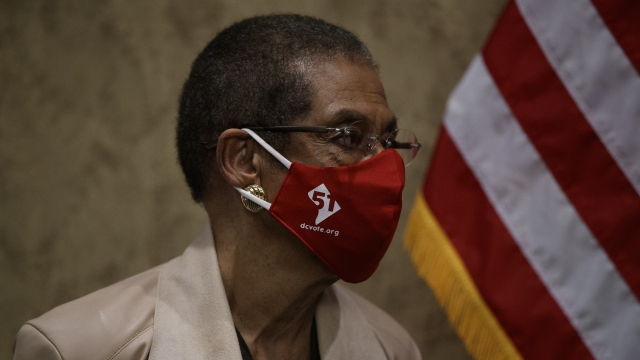 The House of Representatives has, for the first time, approved legislation to make Washington, D.C., the 51st state.

On Friday, the House voted 232-180 in favor of the Washington, D.C. Admission Act, with nearly every Democrat supporting the move. The bill would grant D.C. voting representation in Congress in the form of two senators and turn its one congresswoman into a voting House member.

Prior to Friday's vote, Delegate Eleanor Holmes Norton, the bill's sponsor and the District's sole representative in Congress, said it's about time that D.C. residents had the same "local autonomy" as other Americans.

"As we approach July 4th, it is long past time to apply the nation's oldest slogan, 'No Taxation Without Representation' and the principle of consent of the governed to District of Columbia residents," Norton said. "Eighty-six percent of D.C. residents voted for statehood in 2016. In fact, D.C. residents have been fighting for voting rights in Congress and local autonomy for 219 years."

Despite the bill's passage in the House, it's unlikely to get far in the Senate. Majority Leader Mitch McConnell has pledged to not bring the legislation up for a vote on the Senate floor.

The White House also said Wednesday that if the bill made it to President Donald Trump's desk, he would veto it.