See What's In The Funding Bill Passed By The House 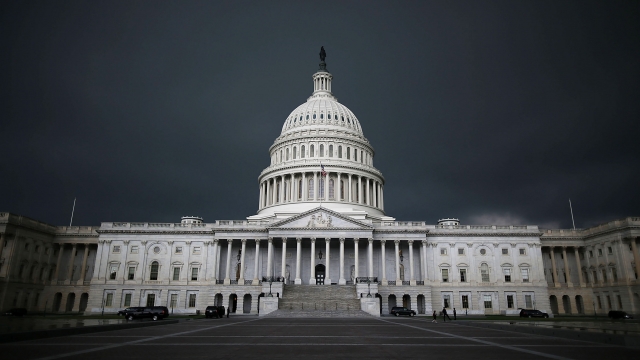 The bill is more than 1,600 pages long. We highlighted the main spending points.

A bill to fund the federal government just passed the House of Representatives.

The $1.1 trillion bill includes provisions to keep both sides of the aisle happy. It's over 1,600 pages long, so we didn't get to everything. But here's a look at the main takeaways.

Border security, but not a (new) wall:

The bill contains an additional $1.5 billion for border security. That includes repairing and maintaining the wall that's already there. It would also allow for new technology like drones to monitor unprotected parts of the border. That being said, the bill specifically states no funding can be put toward new construction projects along the border.

On the environment, the Environmental Protection Agency will keep nearly all of its funding but won't have extra to hire more people. National parks will also keep their funding, with an increase in money for park maintenance. The western U.S. will also get $407 million to help fight wildfires.

Part of the funding bill known as the Rohrabacher-Blumenauer Amendment denies funding to the U.S. Department of Justice to go after the 44 states with medical marijuana laws. However, there isn't any specified protection for the eight states and the District of Columbia that allow some form of recreational cannabis use.

The family planning organization Planned Parenthood will still get federal funding, most of which goes to covering costs of treating those on Medicaid.

No cuts to defense — in fact, the Pentagon is getting a big boost of around $15 billion in new funding. The bill provides for about $40 billion in contracts for new ships, aircraft and missiles.

The bill passed the House 309-118. The Senate is expected to take a vote on the bill this Friday. If it passes, the bill will fund the government through September.