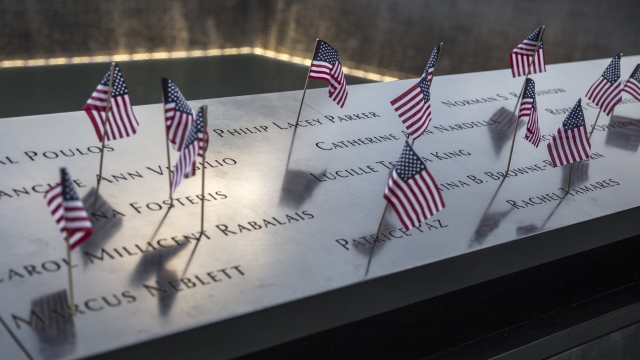 The House has overwhelmingly passed a bill to continue funding a program that compensates victims and first responders suffering from illnesses linked to the 9/11 terrorist attacks.

The House approved the bipartisan bill in a 402-12 vote on Friday to re-authorize the September 11th Victim Compensation Fund. The legislation, known as the Never Forget the Heroes Act, would provide more funding for all current and future medical claims from 9/11 victims through 2090.

Last month, the House Judiciary Committee unanimously passed the bill a day after comedian Jon Stewart gave an emotional speech urging Congress to reauthorize the fund. Prior to the House vote, Stewart also spoke about the importance of the fund during a press event with House Speaker Nancy Pelosi.

"This is necessary, it is urgent, and it is morally right," he said. "And not only that, you have a program that works. It is faithful to the statute, it is fair to the claimants, and it is respectful of the taxpayer. You cannot ask for anything more in a program – this should be as simple as just refilling its credit card. These people deserve to have that portion of the burden removed from their lives."

The bill will now head to the Senate, where Majority Leader Mitch McConnell said the chamber will bring it up for a vote in August.