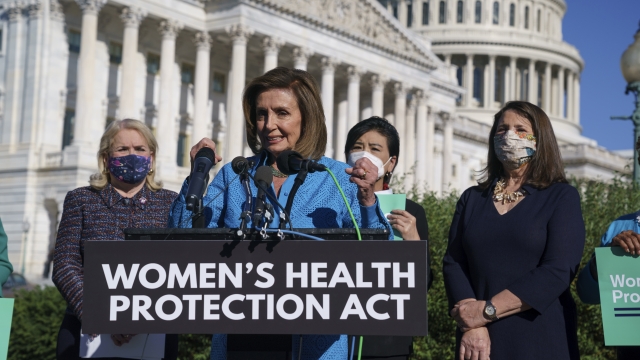 The House passed legislation Friday that would guarantee a woman’s right to an abortion, an effort by Democrats to circumvent a new Texas law that has placed that access under threat.

The bill's 218-211 approval is mostly symbolic, as Republican opposition will doom it in the Senate. 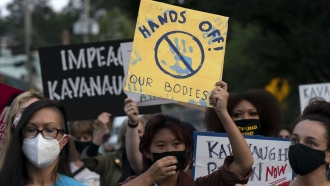 Still, Democrats say they are doing all they can to codify the Supreme Court’s 1973 Roe v. Wade decision after the Supreme Court recently allowed the Texas law banning most abortions in the state to take effect. The court will hear arguments in December in a separate Mississippi bid to overturn the landmark decision.

Despite the long odds in his chamber, Senate Majority Leader Chuck Schumer, D-N.Y., said in a statement after the vote that “Congress must assert its role to protect the constitutional right to abortion” and that the Senate would hold a vote “in the very near future.”

Codifying the Roe ruling would mean creating a right to abortion in federal law, a monumental change that would make it harder for courts and states to impose restrictions.

No Republicans voted for the legislation, which would supersede state laws on the subject, give health care providers the right to perform abortions and patients the right to receive them. Republicans argue it would prevent states from setting requirements like parental involvement and could weaken laws that allow doctors to refuse to perform an abortion.

Only one member crossed party lines — Democratic Rep. Henry Cuellar of Texas, who voted against the bill.