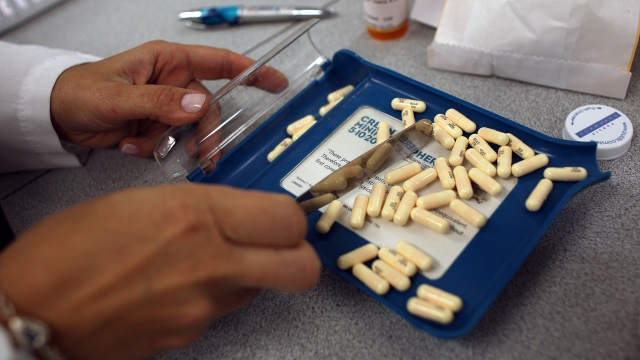 Wait, there's something the Obama administration and the House agree on? Apparently so.

In a 392-26 vote Wednesday, the House passed a massive health reform bill.

The bi-partisan 21st Century Cures Act includes half a billion dollars in funding to the Food and Drug Administration over 10 years to modernize its drug approval process. It also provides $4.8 billion over 10 years to the National Institutes of Health for biomedical research. On top of that, the act provides $1 billion in grants over two years to help combat the opioid epidemic.

"This bi-partisan bill will ensure that our health system can keep pace with incredible advances in science and technology. In Cures, we've got a medical innovation game changer that will deliver hope to patients across the country," Michigan Rep. Fred Upton, the sponsor of the bill, said on the House floor Wednesday.

The House previously passed a version of the bill in 2015, but it stalled in the Senate. Now, the new version is headed to the Senate — and this time, it's expected to pass.

But some legislators, including Massachusetts Sen. Elizabeth Warren, have been critical of the bill. She said the bill "has only a tiny fig leaf of funding" for research and fighting the opioid crisis.

"This funding is political cover for huge giveaways to giant drug companies," Warren said on the Senate floor Monday.

Critics have also expressed concern that the bill would lower the standard of evidence needed for FDA drug approval.