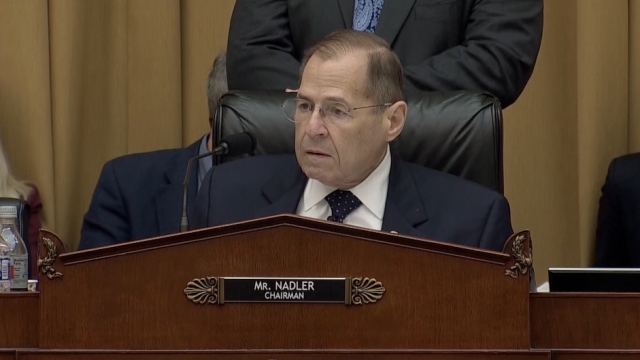 The House Judiciary Committee is taking formal steps toward an impeachment investigation on President Donald Trump now that it has publicly announced efforts in recommending articles of impeachment against the president.

Politico reported that the committee plans to vote as early as Wednesday to establish ground rules for conducting hearings this fall. These rules are expected to follow the same procedures the committee followed in 1974 over former President Richard Nixon's impeachment proceedings.

The vote will define what Chairman Jerry Nadler called an "impeachment investigation" during a conference call on Friday where the panel's Democratic members discussed the issue. The Democrats are hoping to compel witnesses to testify against the president by explicitly defining their impeachment inquiry.

Sources say the resolution could offer access to the president's attorneys or provide more time to question witnesses. The resolution is expected to establish that future House Judiciary hearings can be done in ways most congressional hearings aren't done since it's an impeachment hearing. It's also expected to explain how secret grand jury information can be reviewed in closed-door sessions and that the president's counsel can respond to the committee in writing.

The committee has shared its probe into President Trump's impeachment investigation with the public for some time now, but Republicans on the committee have pushed back, saying impeachment proceedings require a vote. Sources say the exact language of the resolution is still being determined, but a draft could be released as early as Monday morning.