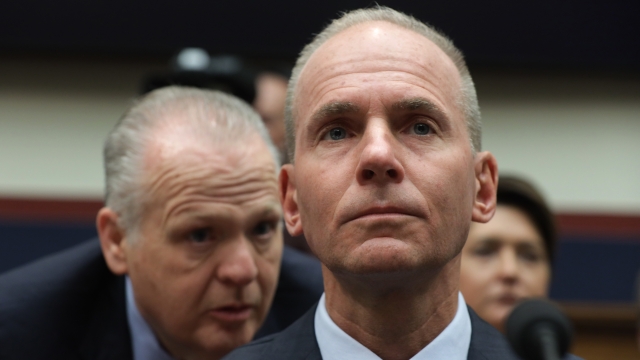 Boeing's CEO sat in front of lawmakers Wednesday for a second day of testimony on his company's long, deadly and financially devastating 737 Max crisis. At times he was emotional, at others defensive, and for the questions he did answer, he offered little clarification on a central, withering criticism of his company: Why it didn't inform pilots of a new system that could command the plane's nose to pitch down without pilot input and misfire with a single bad sensor.

It's that very scenario that played out on two deadly flights: one in October 2018, one in March of this year. Some of the family members of the 346 people who died on those flights watched from the sidelines.

"I'm sorry," Muilenburg told them, as he had in Tuesday testimony. "We're committed to making the improvements that we need to make. We're committed." 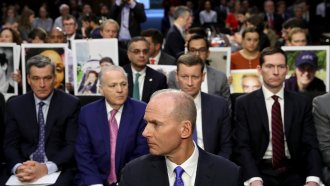 Day two of Muilenburg's testimony was markedly different from the first day in the substance of the questioning and the new revelations that came from them. Lawmakers presented new evidence of internal concern at Boeing that the new system could case problems in flight. Rep. Peter DeFazio, chairman of the House Transportation and Infrastructure Committee, displayed one such Boeing document. He claimed it showed pilots would have to respond to a system misfire within 10 seconds or the result would be "catastrophic." 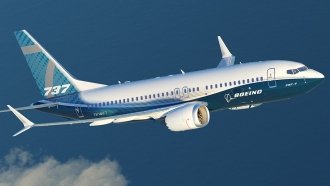 Rep. Albio Sires read an email from a former manager on the 737 Max program who later retired. He quoted the employee as writing: "Employees are fatigued from having to work at a very high pace for an extended period of time. … Fatigued employees make mistakes."

Muilenburg's testimony Wednesday came after the company announced a fix to the controversial software, called MCAS; a personnel restructure; and the establishment of its own safety commission.

Muilenburg also lost his title as chairman of the board at Boeing. The company has made clear, however, he won't resign as CEO. 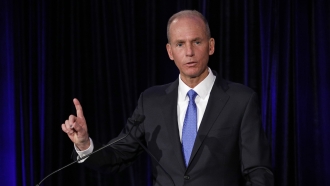 Rep. Steve Cohen scowled at Muilenburg during his questioning, suggesting he work for free while he rectifies the problems at his company.

"You're continuing to work and make $30 million a year, after these horrific two accidents that caused all these people's relatives to go, to disappear, to die," Cohen said. "You're not taking a cut in pay at all?"

Muilenburg responded he's not at Boeing for the money. "Our board will make those determinations," he said.

"You're not accountable then. You're saying the board's accountable," Cohen said.

"Congressman, I am accountable, sir," was Muilenburg's response.

The FAA has yet to green-light Boeing's fixes to the 737 Max. It told Newsy it has not yet scheduled a flight to certify the jet as safe to return to commercial service.

And Muilenburg acknowledged Wednesday, the FAA's stamp of approval may not be good enough to all international safety boards.

"Regulators around the world should rigorously scrutinize the MAX and only approve its return when they feel confident in its safety," he said.