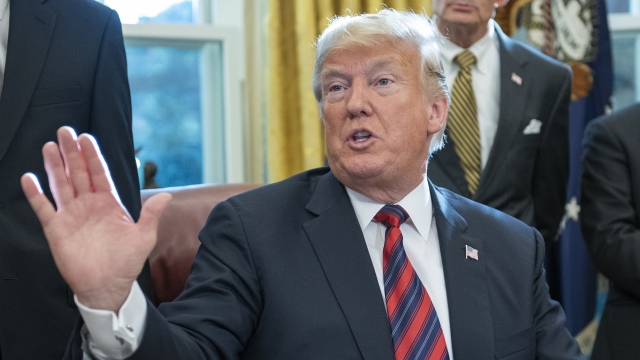 The House Appropriations Committee has approved a bill that would block the Trump administration from implementing some of its immigration policies.

On Tuesday, the House committee passed the fiscal year 2020 Homeland Security bill on a vote of 29-20. The legislation provides the Department of Homeland Security "a gross total of $63.8 billion in discretionary appropriations." That's more than $2 billion above what it was for the fiscal year of 2019, but nearly $2 billion less than what President Donald Trump had requested. It also doesn't include funding for border barriers.

The bill also includes an amendment that "prohibits the use of funds for various Trump administration policies." The amendment includes prohibiting certain ICE and CBP raids, as well as detention and deportation efforts of DACA recipients, among other things. But there's a good chance the measure won't become law, given its opposition by the Republican-led Senate and the White House.

The bill's passing comes on the heels of the U.S. and Mexico striking an immigration deal that would involve Mexico beefing up security forces along its southern border, as well as taking in asylum seekers in the country while their claims are being processed in the U.S.