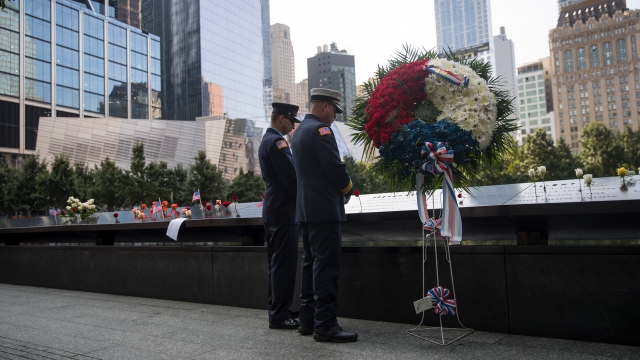 A House panel passed a bill Wednesday that would provide additional funding for the September 11th Victim Compensation Fund until 2090.

The panel passed it by a voice vote just a day after Jon Stewart, the former host of "The Daily Show," gave an emotional speech to just a handful of lawmakers.

"Behind me, a filled room with 9/11 first responders. And in front of me, a nearly empty Congress. Sick and dying, they brought themselves down here to speak. And no one. Shameful. It's an embarrassment to the country, and it's a stain on this institution," Stewart said. "They responded in five seconds. They did their jobs with courage, grace, tenacity, humility — 18 years later, do yours."

The law that provides funding to victims is set to expire in 2020. In 2015, Congress appropriated $4.6 billion to the fund, bringing the total over the years up to $7.4 billion. The bill doesn't appropriate a specific amount of money, just whatever "may be necessary" through 2090.

Many first responders and recovery workers have experienced severe health issues due to the 9/11 attacks, including lung problems and cancer.

The fund's special master said the number of claims has risen since the first years that the fund operated. There have been more than 24,000 claims since 2017.

The bill will now head to the House floor for a vote.