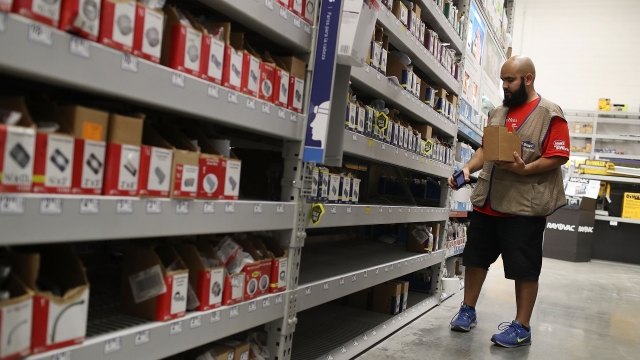 SMS
House Panel Votes To Push $15-An-Hour Minimum Wage Bill Forward
By Cristina Mutchler
By Cristina Mutchler
March 7, 2019
The House Committee on Education and Labor voted Wednesday to advance a bill that would raise the federal minimum wage to $15 an hour.
SHOW TRANSCRIPT

Congressional lawmakers advanced a bill that would more than double the federal minimum wage.

The House Committee on Education and Labor voted along party lines to approve legislation that would raise that figure from $7.25 an hour to $15 an hour over the next five years.

Democrats on the panel say if implemented, the bill would increase pay for almost 40 million American workers.

It's a move that multiple states are already in the process of making.

Last month, Illinois and New Jersey were the latest to start a gradual minimum wage uptick to $15 an hour. Others, like California and New York, have been incrementally working their way up to that point. And states like Arizona and Colorado are also phasing in minimum wage increases that'll eventually reach $12 an hour in the next few years.

House Speaker Nancy Pelosi will bring the legislation to the House floor for a full vote in the coming weeks. It's expected to be approved there, but not likely to move forward in the Republican-controlled Senate.