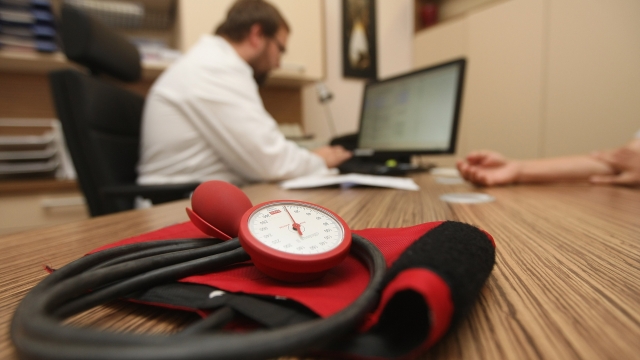 For the first time, congressional leaders held a hearing about a Democratic proposal that would provide universal health care coverage.

The House Rules Committee held its first-ever hearing on Medicare for All legislation Tuesday.

In February, progressive House Democrats unveiled a sweeping plan for universal health care, introducing a bill that would create a single-payer program for health insurance.

The goal of the legislation, which has more than 100 cosponsors, is to transition American residents into the Medicare model over the course of two years.

"On the day we are born and on the day we die, and in so many days in between, all of us need medical care. And yet, in this country, the wealthiest in the history of human civilization, we do not have an effective or fair or rational system for delivering that care. This is an absurd way to run a health care system," Barkan said. "GoFundMe is a terrible substitute for smart congressional action."

Health experts and practicing medical professionals also testified, offering their opinions about how to accomplish the reshaping of American health care.

"We look at other countries, and they pay about half as much per person, on average — there's some range there. There's no reason we should be paying so much more than other countries. So, can we get as low as the average, will it take us five years or 10 years? That's very, very much up for grabs," said Dean Baker, senior economist at the Center for Economic and Policy Research.

Currently, Medicare serves millions of Americans ages 65 and older, but the new bill would eliminate that age threshold. It would get rid of cost-sharing while providing benefits not currently covered by the program, like maternity, vision, hearing and dental care. There'd be prescription drug coverage, and the federal government would have the ability to negotiate drug prices directly with pharmaceutical companies.

Still, there are unanswered questions about how Medicare for All would work in practice; namely, how it would be funded. Its sponsor, Rep. Pramila Jayapal, has said financing would be worked out later. But that might not be enough to convince skeptics on both sides of the aisle.

Even House Speaker Rep. Nancy Pelosi has indicated she doesn't necessarily back the legislation 100 percent, and may prefer the option of re-working the Affordable Care Act. Pelosi also hasn't committed to even bringing the bill to a floor vote, which would most likely fail in the Republican-controlled Senate if it passed the House.

Lawmakers say Tuesday's hearing was meant to get the ball rolling on an open dialogue for health care reform. It's the first of several expected House hearings on the issue, including one for the House Ways and Means Committee.

The Congressional Budget Office is expected to provide cost estimates for the legislation this week.