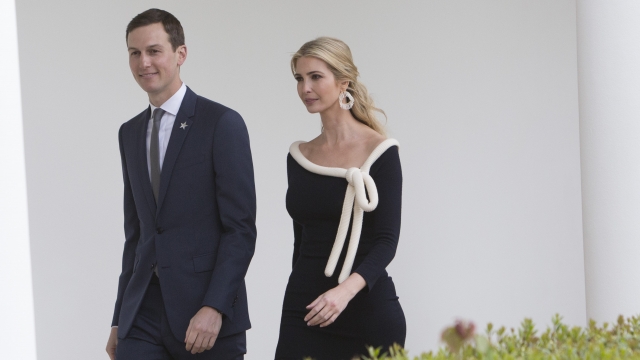 The House Oversight and Reform Committee now wants copies of all communications sent and received through personal email and messaging apps.

A congressional panel is widening the scope of its investigation into whether White House officials used personal email accounts to conduct government business.

On Monday, House Oversight and Reform Committee Chairman Elijah Cummings asked the White House for copies of all government business records sent or received by officials through personal accounts that weren't forwarded to their official accounts within 20 days as required by law.

This latest request comes as the committee's been looking into reports that senior advisers Ivanka Trump and Jared Kushner, as well as former adviser Steve Bannon, all have used encrypted messaging or personal accounts for White House business.

The oversight panel started a bipartisan probe into White House staffers' use of personal email back in 2017. Up until now, its requests have been more narrowly focused such as only wanting the White House to identify which officials used personal accounts.

But Cummings said that none of the requested information has been handed over and that's why he decided to expand the investigation. He said Monday that the White House has until July 10 to turn over the newly-requested documents.