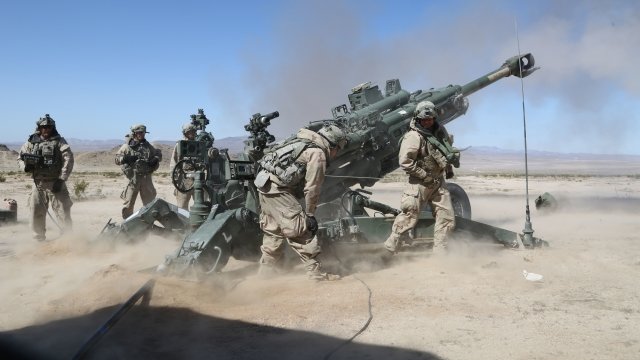 The House passed a $717 billion defense policy bill by a pretty large margin Thursday. The vote was 351-66.

The National Defense Authorization Act authorizes repairs and replacements for military infrastructure and equipment, like aircraft, submarines and helicopters. It also authorizes a 2.6 percent pay raise for U.S. troops and "extends special pay and bonuses for service members in high-demand fields."

Politico reports opponents are worried the bill "pushes us even further and faster down the path to war." That might, in part, be because the bill has a provision that authorizes the secretary of energy to "modify or develop a low-yield nuclear warhead for submarine-launched ballistic missiles."

Some Democrats reportedly drafted amendments to limit funding for potential warheads and impose other limits on nuclear spending. But they were defeated.

This bill isn't done yet, though. The Senate is working on its own defense authorization bill, and the two chambers will have to agree on the final version.