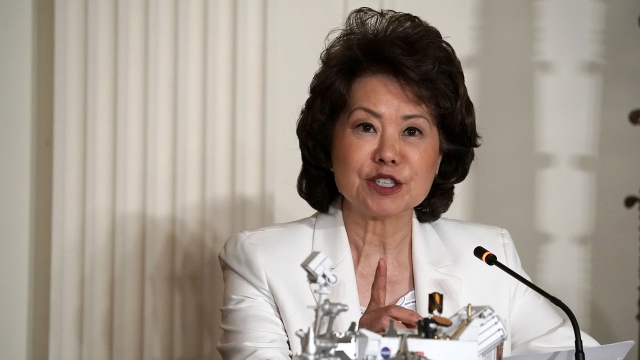 House Democrats have opened another investigation into a Trump administration official.

Reps. Elijah Cummings and Raja Krishnamoorthi from the House oversight committee sent a letter to Transportation Secretary Elaine Chao on Monday detailing several ethical concerns. They're looking into whether Chao used her position to financially benefit herself and her family.

The allegations stem from two businesses that Chao has connections to: Foremost Group and Vulcan Materials Company. The former is a shipping company founded by Chao's parents and currently led by her sister. The latter produces and sells construction materials like asphalt and sand. Chao served on Vulcan's board of directors before joining the Trump administration.

The accusations in the letter correspond with past news reports about Chao. In May, Politico reported she had participated in numerous Chinese language interviews with her father that promoted his biography. And a June story from The New York Times alleged she had used her Cabinet position to help her family's shipping company gain influence and status with the Chinese government.

Federal law bans government employees from endorsing any products, and it bans them from using their positions for financial gain for themselves or their families.

As for the construction company, the letter points to SEC filings that show Chao did not fully divest from Vulcan Materials — something she pledged to do before her confirmation.

The letter includes more than a dozen records requests and asks Chao to comply by Sept. 30.