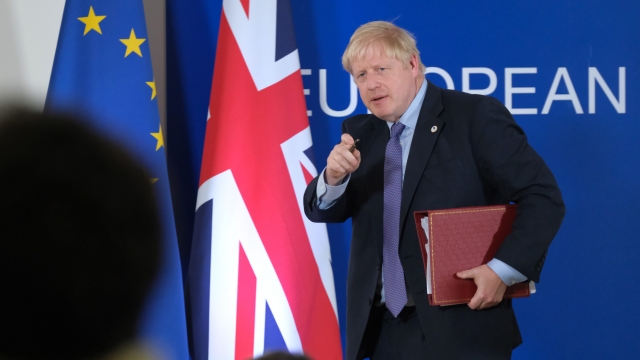 The U.K. is set to hold an early election on Dec. 12 after legislation authorizing the vote was passed by the House of Commons.

The House voted Tuesday 438-20 in favor of a bill that bypasses current election law and allows for an early vote. Prime Minister Boris Johnson first called for snap elections last week after lawmakers turned down his proposed timetable for his Brexit bill. Johnson has been trying to get a Brexit deal done since taking office this summer. But after multiple failed attempts to get a deal through the House, he's hoping that an election will give his Conservative Party the parliamentary majority needed to pass his deal. The plan could work out in Johnson's favor, but could also backfire as it did back in 2017 when the Conservatives ended up losing its parliamentary majority after calling for an election to strengthen it.

Labour Party Leader Jeremy Corbyn – Johnson's main opposition – also backed the call for snap elections, saying the party is "launching the most ambitious and radical campaign for real change our country has ever seen. This is a once in a generation chance to build a country for the many, not the few."

The bill nows heads to the House of Lords for approval. If it's approved, it will be the third time in four years that the country will hold a general election, and will be the U.K.'s first December election in nearly a century.