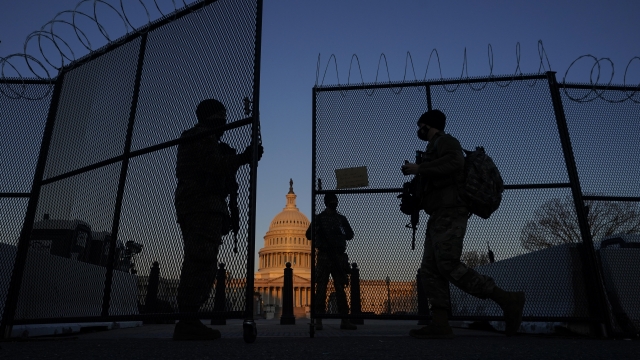 SMS
House Narrowly Approves $1.9B Capitol Security Funding Bill
By Lauren Stephenson
By Lauren Stephenson
May 21, 2021
The legislation would ramp up security around the Capitol and reimburse government agencies for their response to the January 6 insurrection.
SHOW TRANSCRIPT

The funding will also be used to reimburse Capitol Police and government agencies for their responses to the January 6 attack. It'll also pay the National Guard for its four-and-a-half month deployment to the Capitol. The bill will also pay for special law enforcement training and enhancing the security of lawmakers and federal judges.

Three Democrats joined all Republicans in voting against the bill, while three others voted "present." Democrats opposing the bill say it doesn't address the root causes of the attack.