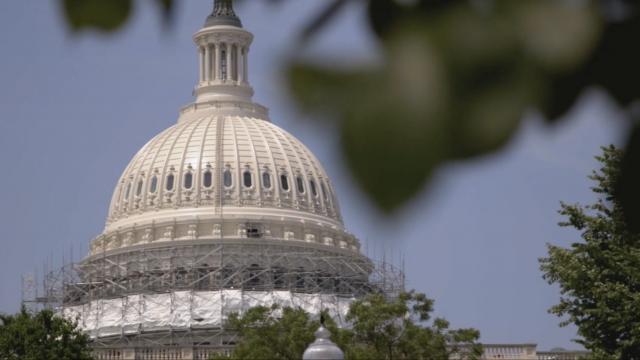 SMS
House Leaders Block Vote On LGBT Anti-Discrimination Amendment
By Kate Grumke
By Kate Grumke
June 15, 2016
The U.S. House Rules Committee is known as the traffic cop of Congress, and it blocked a vote on the anti-discrimination amendment.
SHOW TRANSCRIPT

Days after the shooting at a gay night club in Orlando, House Republican leaders blocked a vote on an amendment that would prohibit LGBT discrimination.

"Today, millions of Americans wake up with the awareness that they could lose their job ... because of who they are," Obama said in 2014.

In 2014, President Obama signed an executive order "prohibiting federal contractors from discriminating on the basis of sexual orientation or gender identity."

Two years later, Rep. Sean Patrick Maloney, a Democrat, has been trying to file amendments to bills to enforce that executive order. This latest amendment was attached to a Defense Department spending bill.

But on Tuesday night, the Republican-controlled House Rules Committee blocked a vote on the amendment.

This video includes clips from the White House and C-SPAN. Music provided courtesy of APM Music.