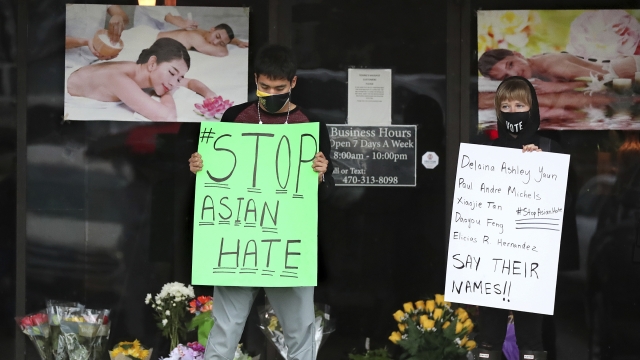 House lawmakers put a spotlight on the rising violence against Asian Americans during a Congressional hearing today.

It comes in the wake of a shooting rampage in the Atlanta area that left eight people dead – mostly Asian women.

Officials have still not determined a motive.

Critics of former President Trump say his racist rhetoric on the pandemic contributed to the resentment toward Asian Americans.

"My concern about this hearing is that it seems to want to venture into the policing of rhetoric in a free society, free speech, and away from the rule of law and taking out bad guys," Roy said. "Who decides what is hate? Who decides what is the kind of speech that deserves policing?"

Rep. Grace Meng of New York responded saying: "Your president and your party and your colleagues can talk about issues with any other country that you want. But you don't have to do it by putting a bull's eye on the back of Asian Americans across this country, on our grandparents, on our kids. This hearing was to address the hurt and pain of our community and to find solutions and we will not let you take our voice away from us."