House Judiciary Pushing For Whitaker To Testify In January 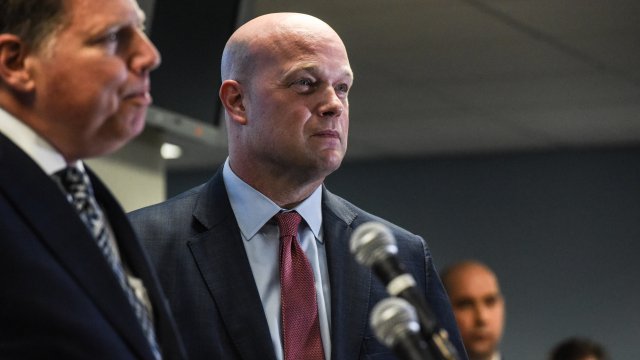 The head of the House Judiciary Committee is pushing acting Attorney General Matthew Whitaker to testify as soon as possible.

Whitaker agreed in November to testify before the committee, but since then the two sides haven't been able to set a date.

Committee Chairman Rep. Jerry Nadler said lawmakers want to question Whitaker about a number of items as part of their regular oversight of the Justice Department. Among those issues are Whitaker's decision not to recuse himself from overseeing the special counsel's investigation and "several apparently false statements" from the Trump administration on "national security threats" at the southern border.

Nadler is insisting that Whitaker testify on or before Jan. 29. But Whitaker has proposed pushing his appearance back to mid-February, citing the government shutdown.