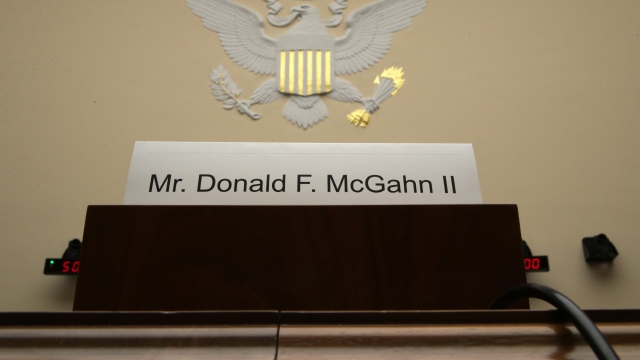 The committee is asking a federal appeals court to order McGahn to testify. In April, the committee subpoenaed McGahn as part of its investigation into whether the president obstructed justice during former special counsel Robert Mueller's Russia investigation. The committee says McGahn's testimony would "inform the House's decision-making about impeachment and presentation of the Articles in a Senate trial."

Lawyers for the committee said the House could consider new articles of impeachment against the president if it discovers new evidence that he tried to obstruct investigations about him.

Meanwhile, the Justice Department wants the case dismissed. The department argued there's no longer a rush to resolve the House's case against McGahn because it already voted to impeach President Donald Trump.

The House approved two articles of impeachment last week, abuse of power and obstruction of Congress, related to his dealings with Ukraine.

In a separate case, the committee is also seeking Mueller's grand jury materials, including testimony from President Trump's former campaign chairman Paul Manafort. The documents will help the House determine if the president lied.

The D.C. Circuit Court of Appeals in Washington is scheduled to hear both cases on Jan. 3.