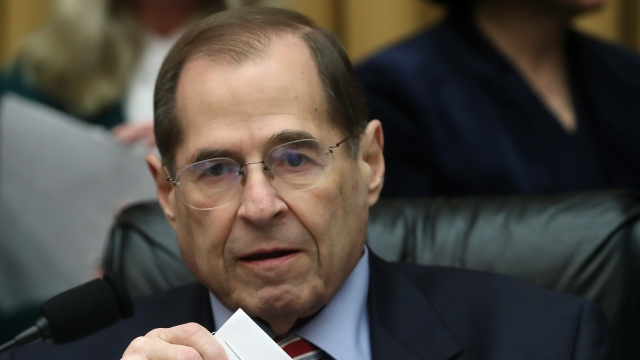 The decision, which passed along party line votes, authorizes committee chairman Jerry Nadler to issue a subpoena of the full Mueller report and related documents if he chooses to. It also authorizes subpoenas of certain former White House staffers who may have received information from the White House prior to talking to Mueller. That includes former chief of staff Reince Priebus and former chief strategist Steve Bannon.

Last week, Attorney General William Barr said the report will be released by mid-April, but with redactions he says "are required." There are four categories of details being cut: grand jury material, sensitive intelligence material, information about ongoing investigations, and "information that would infringe on the personal privacy of third parties."

Nadler said it would be wrong for redacted information to be given to the committee. He said 2016's investigation into Hillary Clinton's email use was precedent for the committee to receive the unredacted report.

Republicans said Democrats are jumping the gun, and should wait to see the redacted report before talking about subpoenas.

Ranking member Doug Collins said, "When you don't get what you want, you ask for the subpoenas. Not beforehand."