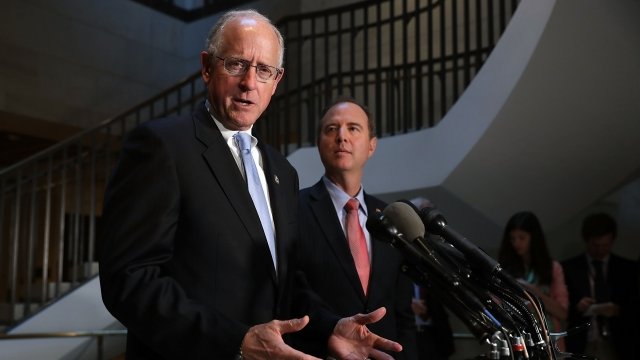 The Republican-majority House intelligence committee has formally ended its Russia investigation, voting along party lines Thursday to release its findings to the public. Just to clarify: This is separate from special counsel Robert Mueller's probe.

The committee said it ended the probe last week, concluding it found no collusion between the Trump campaign and Russia and that Russia did not try to get Donald Trump elected.

Those conclusions go against the U.S. intelligence community's assessment in January.

It had said Russian President Vladimir Putin did want Trump to win. And in February, Mueller indicted 13 Russians.

Democrats on the committee say the probe ended prematurely. They also requested Thursday's meeting to be public, which is customary, but that request was rejected.

During the meeting, Democratic Rep. Adam Schiff says his colleagues also asked that former White House strategist Steve Bannon be held in contempt for refusing to answer the committee's questions.

"His only commitment was to answer 25 or 24 questions that were helpfully written out for him by the White House. That's no way to conduct an investigation," Schiff said.

Committee Democrats say they'll continue their efforts without Republican support. The committee's report is expected to be released next month.